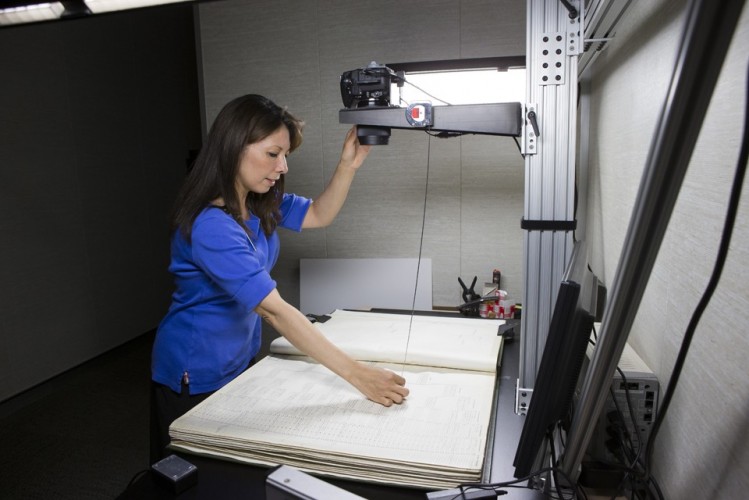 FamilySearch, a world genealogy leader and nonprofit, announced today its plans to discontinue its 80-year-old microfilm distribution service. The transition is the result of significant progress made in FamilySearch’s microfilm digitization efforts and the obsolescence of microfilm technology. The last day for ordering microfilm will be August 31, 2017. Online access to digital images of the world's historic records allows FamilySearch to service more people around the globe, faster and more efficiently. See Finding Digital Images of Records on FamilySearch.org and Frequently Asked Questions.

A global leader in historic records preservation and access, FamilySearch and its predecessors began using microfilm in 1938, amassing billions of the world’s genealogical records in its collections from over 200 countries. Why the shift from microfilm to digital? Diane Loosle, Director of the Patron Services Division said, "Preserving historic records is only one half of the equation. Making them easily accessible to family historians and researchers worldwide when they need them is the other crucial component."

Loosle noted that FamilySearch will continue to preserve the master copies of its original microfilms in its Granite Mountain Records Vault as added backup to the digital copies online.

As the Internet has become more accessible to people worldwide over the past two decades, FamilySearch made the decision to convert its preservation and access strategy to digital. No small task for an organization with 2.4 million rolls of microfilm in inventory and a distribution network of over 5,000 family history centers and affiliate libraries worldwide.

It began the transition to digital preservation years ago. It not only focused on converting its massive microfilm collection, but also in replacing its microfilm cameras in the field. All microfilm cameras have been replaced with over 300 specialized digital cameras that significantly decrease the time required to make historic records images accessible online.